Bradnam’s Windows & Doors is a leading designer, manufacturer and supplier of doors, windows, screens, splashbacks, and mirrors. Based predominantly along the eastern seaboard, Bradnam’s has gained the reputation for excellence in product innovation, reliability, and outstanding customer service. The business, established in 1977, has grown and evolved significantly over the years with more than 1,000 staff now working in the company. During this time, Bradnam’s have gone through several iterations of safety management systems. Having initially taken a siloed approach to safety, in 2010 Bradnam’s began the process of centralising all safety management. This involved an admin heavy paper-based system which proved effective for a brief period. However, as the business continued to grow and technology evolved, in 2015 the Bradnam’s team decided to automate safety management processes to relieve the increasing administrative burden.

Chris Jessen, Group Safety Manager, along with Graeme Snell (the Group Safety Manager at the time) and the team conducted a thorough assessment of five safety management platforms, before narrowing the field to two options, one of which was SCRIM. “Our decision came down to the configuration being offered. SCRIM offered so much more in terms of the ability to configure processes and workflows to suit the business, instead of needing us to adapt to meet the platform functionality. This was very attractive as it meant we could maintain a Bradnam’s focus, presence and culture by moulding the system to suit us,” says Chris. However, introducing any new system can raise concerns and for Bradnam’s it was no different, particularly from a workshop floor perspective. For Chris, the main concern centred on a language barrier impacting the user experience due to having a number of staff for whom English was their second language. This concern was assuaged when Chris was provided with access and training for the SCRIM worker portal. “The SCRIM portal was so intuitive and easy to use, I quickly realised that language wasn’t going to be an issue. Once you learned how to use one page, inputting a hazard for example, you would be able to use any of the pages, it had a universal and logical format. I told the staff, if you are savvy enough to have a Facebook page, you are savvy enough to use SCRIM,” notes Chris. The complete implementation process took approximately 18 months from configuration to completion. This included rolling out training to all areas of the business from the leadership to the workshop floor. Chris recalls the process being a smooth and easy one, with training provided by the SCRIM team at top level and then continued internally. The benefits of SCRIM were evident almost immediately, even whilst staff were in the training and adoption phase.

Whole of business transparency with the click of a button

The biggest benefit that SCRIM has provided to Bradnam’s is transparency and access to information. If staff need to pull up an investigation or check on a particular incident, it is available instantly. “All of a sudden we could see everything, at any time in any area. There was no lengthy paper chase involved. SCRIM saved us time and gave us the visibility across the business we needed to mitigate risk and improve process,” says Chris. In addition to the transparency, Chris reported a significant environmental impact thanks to the digitisation of forms, and also an increase in productivity. Whilst the latter was not immediate, as staff had to grow familiar with the new technology, over the longer term it has been clear. Implementing SCRIM has enabled Bradnam’s to improve their compliance and safety processes whilst reducing the time spent on them. The platform removed the need for long email conversations with the use of reference numbers and the ability for staff to raise corrective actions from the floor. Testament to the effectiveness of SCRIM, Bradnam’s has continued the rollout of SCRIM including upgrades and new functionality. Recently, SCRIM has also changed ownership, a process which Chris has found to be hugely beneficial. “Working with the team behind SCRIM has always been positive but with the recent ownership transition we have seen a significant increase in the support we receive which is currently unmatched. The team are very engaged with customers and willing to listen,” notes Chris.

““SCRIM saved us time and gave us the visibility across the business we needed to mitigate risk and improve process.””

When it comes to offering advice to anyone considering implementing or changing their safety management platform, Chris believes you need to look at how the platform can be adapted to you and not the other way around. “Look at what you want to achieve and your existing processes, how can the system align with your business? Establish if you have the ability to configure it yourself and how easy it would be to adapt and tweak the system in the event of business changes. With SCRIM it is easy, but some providers expect you to mould to their systems and processes which doesn’t make sense,” says Chris.

Plans for the Future

The Bradnam’s team have been involved in workshopping new updates for SCRIM and Chris is excited to see the outcome of these sessions in the platform. In addition to this, Bradnam’s are about to upgrade their platform and unlock another level of intuitive Power BI reporting. “We are about to upgrade to SCRIM 30 and we’re excited about the level of reporting this will bring. We will be able to drill down into our data more and see the detail behind it. For example, we will see beyond the number of hazards complete and be able to see if they are system based, plant based, or chemical based. We’ll be able to predict and mitigate risks which will allow us to streamline processes and better allocate resources,” concludes Chris.

Talk to us today. 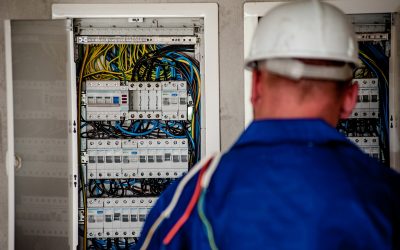 The safety and wellbeing of employees is a priority for...

Are you ready to meet your workforce obligations now and into the future?

I want to see SCRIM in action

And see for yourself how SCRIM can revolutionise your WHS Management.

Leave your info below and we’ll notify you, when our new website launches.